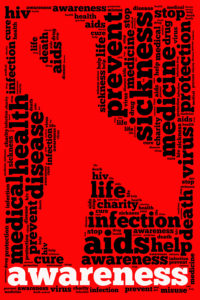 Every December 1, the world observes World AIDS Day. Thirty five years after the first cases were reported, we have more tools than ever before to fight HIV, but there is a narrow window within which we can accelerate progress towards an AIDS-free generation. Countries are working to achieve the UNAIDS’ 90-90-90 targets, which call for 90 percent of people living with HIV to know their status, 90 percent of those diagnosed to start and stay on antiretroviral treatment, and 90 percent of those on treatment to have a suppressed viral load by 2020 with a goal of ending the HIV epidemic by 2030.

Globally, there are nearly 37 million people living with HIV. In 2015, more than 1 million people died from AIDS-related causes and over 2 million people were newly infected by HIV. Together we can stop HIV – one conversation at a time.

Why talking about HIV is important:

HIV affects more Latinos than we think. Did you know…

In the meantime, consider these facts: 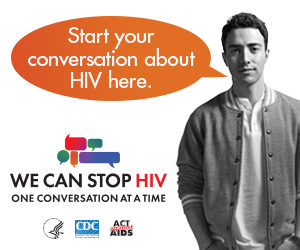 Talking about HIV may be uncomfortable and can feel embarrassing at first. Talking openly and regularly about it can help make these conversations easier. Try opening the conversation with an interesting fact or by mentioning something you recently saw, read or heard about HIV. Most importantly, be honest and sincere. You may not know all the answers, but you can offer to learn about them together.

Talk about HIV more than one time and with more than one person. Use these conversations as an opportunity to figure out anything that might prevent your friends and family members from protecting themselves against HIV. Correct any myths they have by sharing the facts you’ve learned. Remember, we can stop HIV one conversation at a time.