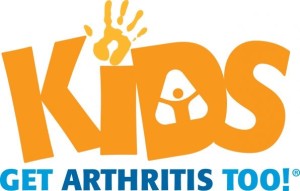 It’s a common misconception that only elderly people are afflicted with arthritis. Nearly 300,000 children in America have been diagnosed with juvenile arthritis.

Although the various types of juvenile arthritis share many common symptoms – e.g. pain, joint swelling, redness and warmth – each type of JA is distinct and has its own special concerns and symptoms.

No known cause has been pinpointed for most forms of juvenile arthritis, nor is there evidence to suggest that toxins, foods or allergies cause children to develop JA. Some research points toward a genetic predisposition to juvenile arthritis, which means the combination of genes a child receives from his or her parents may cause the onset of JA when triggered by other factors.

Unfortunately, there is no cure for juvenile arthritis, although with early diagnosis and aggressive treatment, remission is possible. The goal of treatment is to relieve inflammation, control pain and improve the child’s quality of life. Most treatment plans involve a combination of medication, physical activity, eye care and healthy eating.