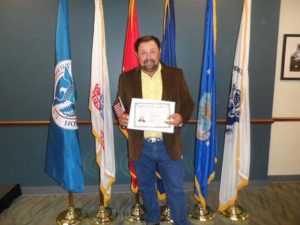 Edwin Hurtado shows off his US citizenship certification. Hurtado received assistance from ChesMRC in obtaining this milestone

The Sunday, July 17, 2016 edition of Star Democrat features the Chesapeake Multicultural Resource Center (ChesMRC) in its Lifestyle Section, written by Katie Willis. Katie Willis is a native of Talbot County and a graduate of Georgia Southern University in Statesboro, Ga., where she obtained her degree in journalism. She began working for The Star Democrat in 2014. 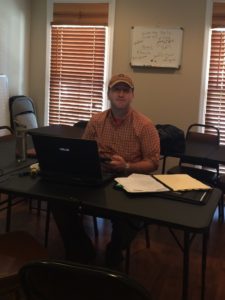 Resource Center helps immigrant community feel at home”, the article provides an in-depth profile of the ChesMRC and how it has been meeting the needs of the Mid-Shore’s growing immigrant population, most recently their immigration legal needs. In May 2016, ChesMRC became a Board of Immigration Appeals (BIA) accredited organization which allows them to assist with everything immigration related except representing someone in court.

With the help of several local immigration attorneys including Kevin H. Rosenthal (KHR), ChesMRC was able to start their immigration clinics through funding from the Walmart Foundation & LULAC (League of United Latin American Citizens) grant awarded in 2015. After funding ended, Kevin graciously stayed on volunteering his time every Monday to keep the legal clinic going while ChesMRC worked on getting their BIA accreditation.