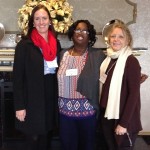 As part of the ChesMRC’s activities in support of American Heart Month, Michelle Boulden Hammond and Julie Donaldson attended the Maryland Million Hearts Symposium on February 10.

The Rural Maryland Council’s grant has contributed to the ChesMRC’s ability to help more than 700 non-English speaking clients from across the Mid-Shore with translations, driver’s license applications and referrals to professional services providers. 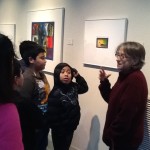 The ChesMRC Art Group took a field trip to Academy Art Museum on January 28, where they learned about the latest exhibit and created their own artwork. 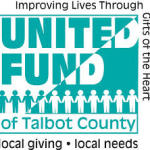 A ceremony was held on December 17 at 11 AM at The United Fund office at 121 N. Washington Street in Easton to celebrate the first of three 2014-15 disbursements. The ChesMRC was one of 20 member agencies to receive a distribution from The United Fund of Talbot County. 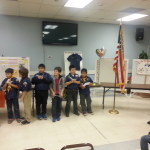 Flag Ceremonies teach the boys how to handle and present the U.S. flag in a respectful way. 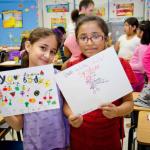 ChesMRC Featured in The Chestertown Spy

The Chesapeake Multicultural Resource Center (ChesMRC) was featured in the November 7, 2014 issue of The Chestertown Spy. Read the full article about our 21st Century Learning Center here.